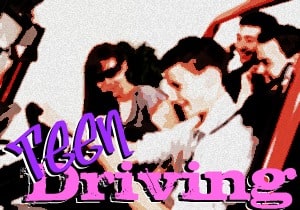 San Diego News 10 reported that 77-year-old James Cummings of Ocean Beach was fatally injured as a result of an auto accident on July 7, 2011. The fatal accident happened around 12:30 a.m. and was caused by an unnamed 15-year-old boy who was joy-riding in his mother™s Toyota 4-Runner with four of his friends. He missed a turnoff on Ingram Street and backed up into oncoming traffic on Sea World Drive. Cummins traveling west bound in his Mercury LTD ran into the rear of the SUV and had to be cut from his vehicle before being taken to UCSD Medical Center where he died around 5 a.m.. Cummins, a physicist at the Naval Warfare Systems Center for 54 years, was a dedicated employee. His supervisor Alan Lockwood was quoted as saying œHe had kind of a southern charm. He would tell the ladies ˜I love you™ and ˜I love you, sweetheart™¦ that kind of thing and they would just smile at him. Lockwood said Cummins was always upbeat and did not have the personality of a typical scientist. He was also dedicated to his work. œI asked him one time, ˜Why don™t you retire?™ And he said, ˜Well, this is my life,’ said Lockwood. œHe said as long as he could walk across the street from the parking lot he would keep coming every day.. Cummins was known to be somewhat eccentric and would often sleep in his car. Kevin, his grandson, said œNobody could ever put a finger on why he was that way, but “ I don™t know “ he was just different than everyone else. Kevin said œGramps was like Leonardo DaVinci, a genius with quirks.

Our condolences to the Cummins family and friends.

California Vehicle Code 12814.6 establishes the minimum age and requirements for obtaining a drivers license in California. Since the driver of the SUV was only 15 even if he had a permit, which his mother would not confirm, he is required to have an adult supervising him at the time. Furthermore, by backing up onto Sea World Drive, he violated California Vehicle Code 21804(a), which requires the driver of a vehicle entering a roadway to yield the right of way to any vehicle close enough to constitute an immediate hazard a violation of which would impose civil liability. However, given the fact that the SUV driver was under age and driving without his mother™s permission there probably would be no insurance coverage. Thus, the Cummins™ heirs as well as the injured passengers in the SUV would need to have their own uninsured motorist coverage to be compensated for any wrongful death or personal injury claims (see my prior Blog post on California UM/UIM and Umbrella Coverage).

Another instance of a youthful driver showing poor judgment resulting in tragedy. Auto accidents, motorcycle accidents, or boat accidents involving young inexperienced drivers often result in serious injury or wrongful death. When tragedy strikes, find out what your rights are by consulting with an experienced personal injury attorney.